Turner Valentine, LLC is located in downtown Warsaw, Indiana. While we serve clients across the state and throughout the nation, our law practice focuses on serving our neighbors here in Kosciusko County and the surrounding area. We are a member of the Indiana Trial Lawyers Association. 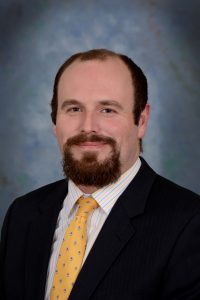 Background: Adam joined Valentine Law Office in 2011 and became a founding partner of Turner Valentine, LLC in 2012. He, his wife Jessica, and his two daughters live in Winona Lake, Indiana — Adam’s hometown. He is an alumnus of Lakeland Christian Academy.

Background: Mike is a founding partner of Turner Valentine, LLP who lived in Warsaw, Indiana with his wife, Pam. Together they have three grown children and grandchildren who live across the state. Mike was born in Warsaw in 1945 and is an alumnus of Warsaw Community High School. After graduating from Indiana University, Mike served in the United States Army as a captain and as an advisor during Vietnam.